“Why You Should Thank A Caterpillar For Your Mustard And Wasabi” (NPR, USA)

« The next time you dab wasabi on your sushi or spread mustard on your hot dog, take a moment to thank a caterpillar » : That’s how begins this article (in English) by NPR, a public radio in the USA

It’s based on a scientific article published in Proceedings of the National Academy of Sciences, where “a group of scientists explore how exactly caterpillars drove plants to make chemicals that humans find tasty”.

“It happened through what’s called an evolutionary arms race, explains Chris Pires, a plant evolutionary biologist at the University of Missouri and one of the lead authors of the study. This works a lot like a military arms race — repeated escalations to have better weapons or defenses — but on an epic timescale. In this case, the opposing armies are caterpillars of the cabbage butterfly and plants in the order Brassicales, which today includes cabbage, horseradish, kale and mustard.”  This arms race has lasted 90 millions years.

The arms race isn’t a new story. It was described as an example of coevolution. This research precise the timing and the mecanism of this co-evolution.

The arms used by Brassicales are “glucosinolates”, a mix of chemicals. “Glucosinolates have at least two sensory properties: burn and bitter”. “”Most bugs don’t like it. It’s toxic. it turns their guts inside out.”

“We humans happen to find glucosinolates delicious. These chemicals — there are hundreds — impart unique smells and flavors to the plants that contain them. Many glucosinolates are in the cruciferous vegetables that evolved from those ancient cabbage plants when the family tree expanded.”

NPR concludes : « “Why do you think plants have spices or any flavor at all? It’s not for us,” says Pires. “They have a function. All these flavors are evolution.” »

In  “Misconceptions about the cancer“, Bruce Ames, US researcher, explains “The amounts of synthetic pesticide residues in plant foods, for example, are tiny compared to the amount of
natural “pesticides” produced by plants themselves. Of all dietary pesticides that humans eat, 99.99% are natural: these are chemicals produced by plants to defend themselves against fungi, insects, and other animal predators. Each plant produces a different array of such chemicals. On average, Americans ingest roughly 5,000 to 10,000 different natural pesticides and their breakdown products. Americans eat about 1,500 mg of natural pesticides per person per day, which is about 10,000 times more than they consume of synthetic pesticide residues” 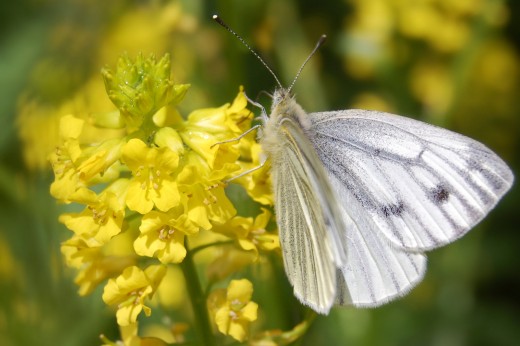