“They killed the cats! Precaution, superstition and eco-zealots” (The Risk-Monger)

That is the title of an article (in English) by David Zaruk, on his blog The Risk-Monger

D Zaruk starts with an historic fact “During the Great Plague of London (1665-66), the authorities were convinced that the outbreak of bubonic plague was being spread by cats. As cats had then been looked upon by religious leaders as symbols of evil and witchcraft, the crisis created the perfect opportunity for zealots to purge London of this feline scourge. The local authorities had no evidence that the cats were spreading the plague, but via the virtue of precaution, they could be seen to be acting in a time of panic. Resisting public pressure from vocal zealots was not politically expedient, and in any case, who would really care if a few thousand cats were tossed in the Thames. Well the rats thought this was just fine, and as the rat population exploded, so too, obviously, did the plague (spread via rat fleas).”

D Zaruk, even if he approves precaution, “a basic human reaction”, uses an skillfully argued analogy between this historic fact and the current utilisation of the precautionary principle by “religious eco-zealots”

“They killed the bees”: temporary ban of neonicotinoids by EU kills more bees…

“They kill the sperm” with “their alarmist superstition that any man-made chemicals are inherently evil and must be eradicated”.  In EU, “Very few crop protection products will be given clearance from being potential endocrine disruptors (at very low doses) so once these zealots will have succeeded in pushing most products off of the market, farmers will be forced to return to medieval agricultural practices. A victory the environmentalists can be proud of.
They only forget that “if there were an endocrine disruption crisis, the source of the problem would much more likely be from our high exposure to natural endocrine disrupting chemicals found in substances like soybeans and coffee than in any low-dose exposure to well-tested synthetic chemicals.”

“They killed the seeds”, with the destruction of the Golden Rice trials, fortified with Beta-Carotene which provides additional Vitamin A. Despite the fact that “Vitamin A deficiency is a serious disease that causes around 500,000 cases of blindness and 250,000 deaths per year, mostly poor children in developing countries.”

Each of these points are developed, illustrated and argued.

Zaruk concludes: “We are living in times no more enlightened than in London of the 1660s. Science has no voice, reason is optional in policy debates, and fear and panic are spread by activists with big mouths and impassioned missions. Policy-makers, then, like today, choose the path of least resistance: the use of a contrived precautionary principle where defensive action is seen as virtuous and inconsequential. Religious zealots campaign in Brussels for more cat-killing without care for any tragic results.
The leaders who killed the cats during the Great Plague were not themselves tossed into the Thames when the human death toll accelerated. But I would be perfectly happy to toss today’s erroneous zealots into the Zenne, the stinking, rat-infested medieval sewer that flows timelessly through Brussels.” 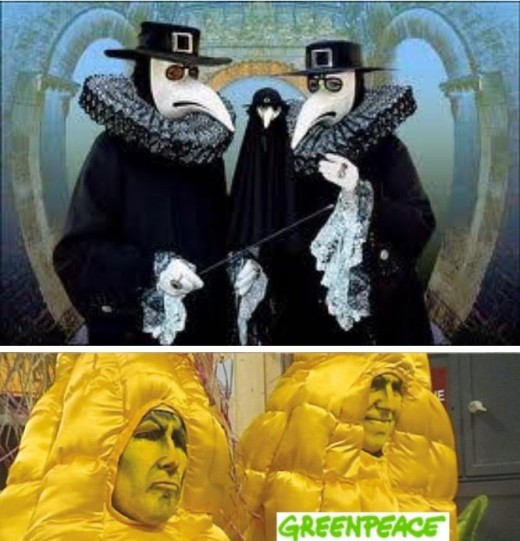