In November 2015, EFSA finalised the re-assessment of glyphosate, well-known active substance of Monsanto’s Roundup and other herbicides.
Read EFSA press release, and detailed explanations on its risk assessment. The report concludes that glyphosate is unlikely to pose a carcinogenic hazard to humans and proposes a new safety measure that will tighten the control of glyphosate residues in food.
Environmentalist NGOs are really angry. Pr Portier, and 96 “independent” scientists diosagreed too and wrote an open letter to EU Health Commissioner, Vytenis Andriukaitis.
Again, EFSA explains and answers these attacks.

On December 2015 the 15th, Commissioner Vytenis Andriukaitis answered Pr Portier, reminding the way expertise and decision making operate in EU, and how EU is transparent and tight.He invited him to answer positively to the invitation to debate from EFSA.

On January 2016 the 13th, EFSA publishes an detailed answer including:
– The answer of Bernhard Url, EFSA executive director . This answer is transparent, open and steady at once: EFSA considers the former IARC statement as “a possible first step in a full assessment”. But EFSA has also taken in account all the other valid studies and data. It invites IARC (OMS) to discuss scientific divergences. This letter includes specific responses to Pr Portier and others.
– An infographic on “Who assesses pesticides in the EU?” In the glyphosate case, at the end, all Member States, except Sweeden, agreed the EFSA assessment that Glyphosate should not be classified as carcinogenic.
– An interactive infographic specifying the regulation process for pesticides approbation (or not) in EU.

On December 2015 the 1st, Bernhard Url, in a hearing by the Eruopean Parliament, had declared in a more informal way: “People that have not contributed to the work, that have not seen the evidence, most likely, that have not had the time to go into the detail, that are not in the process, have signed a letter of support. Sorry to say that, for me, with this, you leave the domain of science, you enter into the domain of lobbying and campaigning, and this is not the way EFSA goes. For me this is the first sign of the Facebook age of science. You have a scientific assessment, you put it in Facebook and you count how many people like it. For us, this is no way forward. We produce a scientific opinion, we stand for it but we cannot take into account whether it will be liked or not”.
In “EFSA accuses world-class cancer experts of engaging in ‘Facebook science'”, Franziska Achterberg, Greenpeace, totally disagrees….

But in fact, what B Url doesn’t accuse the “world class cancer experts” for their statement, but judges the process of pressure on EFSA with an open letter. And, for sure, EFSA has to remain independent of these  pressures, which, by definition, are not scientific. Whether environmentalist NGOs agree or not. 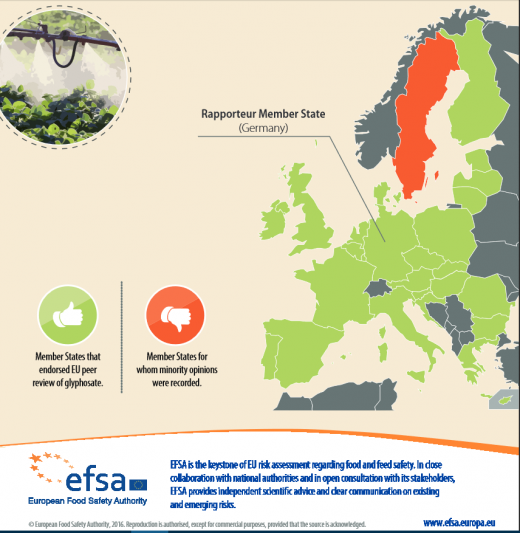