Most eat-this-don’t-eat-that studies are garbage, in the way that garbage could become a Dr. Oz endorsed superfood with a scientific study designed to generate the desired answer. John Oliver agrees on a sarcastic, hilarious AND serious talk-show on HBO.

Barfblog, a reference blog in food safety, publishes a good written summary.
It concludes “That’s where his idea for Todd Talks comes in. “Do you love science in all its complexity but wish it could be a little less complex and a lot less scientific?” asks an announcer. “Introducing Todd Talks, where the format of Ted Talks meets the intellectual rigor of morning news shows.”
Highlights of the hilarious talks include warnings about chocolate — “Mmm. It will kill you,” says one pseudo scientist — and some intriguing if not alarming findings on alcohol — “And in my research I found out, red wine makes babies 20 percent more sociable,” explains another.” 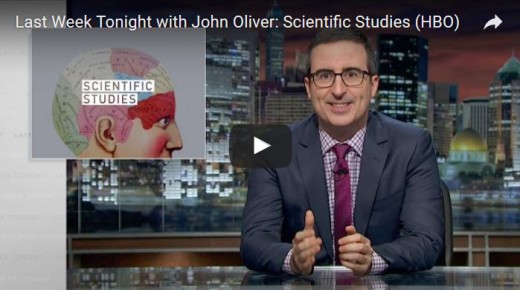