The Amish, an insular people in the United States for nearly 200 years, avoid modern technologies such as telephones, automobile, and even zippers. Many people think the Amish must also eschew genetically modified crops and pesticides.
In addition, Amish are healthier than the rest of the US population. Their cancer rates are very low. So the anti-pesticides and anti-GMO paranoïa is right? You get it all wrong…

On the opposite, in “Amish use GLOs, pesticides yet cancer rates remain low”, Genetic Literacy, a scientific pro-GMO website, demonstrates that Amish “use pesticides, and they use genetically modified crops in their fields. Enthusiastically.”
Moreover, “Amish farmers see organic as a new technology, and some are reluctant to adapt to it.”

Common sense get one thing right: Amish have indeed very low cancer rates. The main reasons are :
– Avoidance of tobacco
– Lifestyle : they are more active
– Observation bias due to their refusal of cancer screenings
– Endogamy which favorites genetic diseases, but also genetic advantages. It would be the main reason according to Genetic Literacy.

Main conclusion : keep away from common sense, it could be misconceptions… 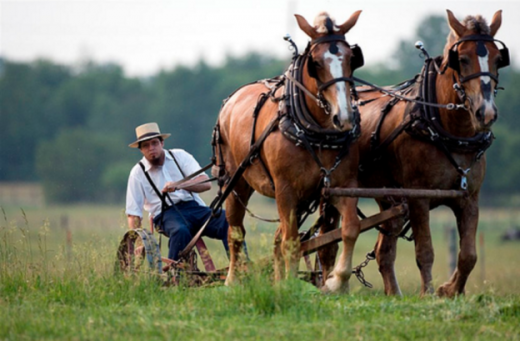