To smile: For a full DHMO ban

DHMO has already been a matter of campaigns, at little scale. We’ve already reported them here and here.
Now the Association for DHMO Ban has launched a petition on Change.org.

DHMO, DiHydrogen MonOxide is a colorless and odorless chemical compound.

It’s used as solvant, dilutant and coolant. It could be found in biopsies of pre-cancerous tumors and lesions. It is a known causative component in many thousands of deaths and is a major contributor to millions upon millions of dollars in damage to property and the environment.

In short, it’s time to définitely ban DHMO. And you can contribute by signing the petition. 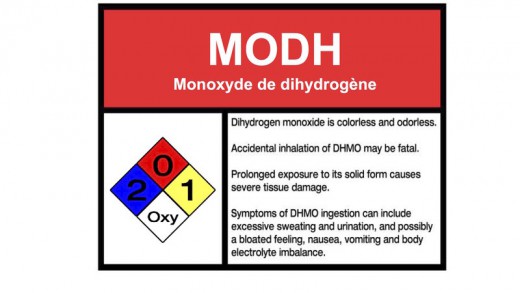