On the 23rd of may 2015, thousands of people, at a global level, marched “against Monsanto” (read here). What are the arguments leading to this increasing hostility against this company ? Are they valid? Are they a manifestation of a more general issue?

The main charges against Monsanto are about : its origins, the invention of the Agent Orange, the Terminator gene, the ubiquitous presence of Roundup (active substance = Glyphosate), its purported control of global agriculture and food, the prosecution of growers, the suicide of Indian farmers , ….
But moreover, Monsanto is now perceived as the evil in person, and quite “seriously” in a certain way.
Even singers play the game. Neil Young is about to launch his last album entitled “The Monsanto Years”
Kolibri, a French rapper has published on line a demoniac looking clip (version française, English version). 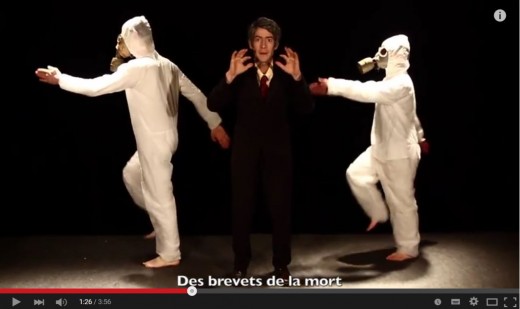 All these charges have in common to be a tricky mix of truths and lies, of facts and fantasms, of plausible and pure fiction.

Monsanto has ended to answer these attacks on its site on a factual basis, whatever is our opinion on the company or the wording of these answers. Read  here and here
For example, Monsanto explains they did not invent the Agent Orange. But “The U.S. government ordered Monsanto, along with 9 other companies, to make Agent Orange for U.S. military use during the Vietnam War. The former Monsanto Co. stopped making it in 1969 18, more than 40 years ago”

But factual answers are not enough. Especially, when they are coming from the evil in person…
More and more scientists, farmers, bloggers, and medias, without any link with Monsanto, begin to answer on a more general way.
Franklin Veaux, a US blogger, has published a sarcastic article about the Monsanto’s size : “ExxonMobil makes more than 26 times more money than Monsanto, and has a higher net profit margin, too. Combined, the country’s top 5 oil companies have a gross revenue exceeding $1.3 trillion, more than 87 times Monsanto’s revenue, and yet…they still can’t get the world’s scientists to say global warming isn’t a thing”. Ok Monsanto is not a small company, but conspiracy theories about Monsanto are completely stupid and awful

On Quora, an Internet site for collaborative blogs, in an article answering the question “Is Monsanto evil?” (in English), Dan Holliday, analyses the attacks against Monsanto as a need of building myths, in a quasi-religious way.
Monsanto is the rallying cry for a bunch of idealist, zealots who depend on that mantra in exactly the same way religious zealots shill the holiness of their deity or theological cause.  It 100% mimics the techniques of the anti-vaxers as well.  They employ the exact same techniques: slogans, unsubstantiated assertions, straw man arguments, anecdotal evidence…
“I love Monsanto” is a provocative entitled, sarcastic and funny video, published by the video-bloggeur Cult of Dusty. He attacks the myth “Monsanto is evil”  in a kind of a joking “nerd and anger mood”, but with factual and substantiated arguments. 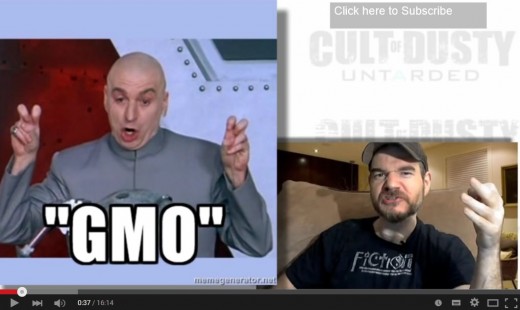 You may watch, also, Tyler Cowen, economist, in a TED Conference. He tells us to be very cautious with “stories”. The reality is always more complex than stories about “good and bad”

The strenght of the demonsrators against Monanto is their story, the “plot”, the good versus the bad. But it is also their weakness because it is absolutely wrong.

Farmers have no specific interest in protecting nor supporting Monsanto. But farmers have to advocate a modern farming and an agronomy based on science. The best way to grow more with less, and with less impact on environment.